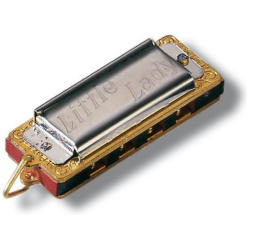 Houston we have a problem

In December 1965, the Gemini 6 space mission was launched by NASA with two astronauts on board. One of the astronauts, Wally Schirra Jr, was a harmonica player. When the mission was over and the astronauts headed back to earth for Christmas, they played a trick on their friends at mission control.

Wally said he could see another space craft with a man dressed in a red suit at the controls. The team at NASA were confused and worried; could it be a Soviet Russian spacecraft? Then Wally played Jingle Bells on his tiny four-hole Little Lady harmonica while someone, perhaps his co-pilot Tom Stafford, also shook some mini sleigh bells. A reply came back from NASA; ‘You’re too much!’

To infinity and beyond 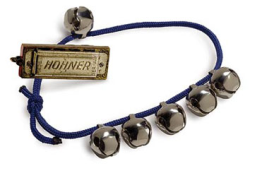 So the harmonica was the first musical instrument to be played in outer space. To stop his harmonica from floating around the capsule, Wally attached it to his space suit with a strip of velcro and some thread. The four hole Little Lady is also the smallest harmonica in production. It’s only 3½ centimetres long!