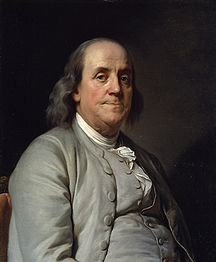 How did the harmonica get its name?

The answer is, it was a name first used by US Founding Father, Inventor and Scientist Benjamin Franklin in 1762. He was an avid inventor – false teeth, lightning conductors, odometers and bifocal lenses to name but a few of his inventions. He also took the habit of rubbing a wine glass rim with a wet finger to make a ringing sound, and invented a new musical instrument. It was of a series of glass bowls in a shallow case of water, that could be turned by a handle… 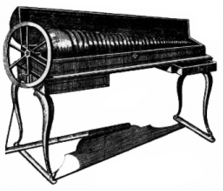 The name he chose for his new instrument was the Glass Harmonica, from the Latin word of harmonicus, meaning tuneful or harmonious. The Latin word can also be traced back to the Ancient Greek word harmonikos meaning musical or harmonic.

If we steal the word harmonica, meaning tuneful, and apply it our new instrument (which was invented a hundred years after the Glass Hamonica), and we think about how we actually play our instrument, this is why it was originally called the Mouth Harmonica or Mouth Organ. Germans and Swedes still call it the Mundharmonika or Munspel to this day. Mund and Mun mean mouth in English. Over time the Mouth prefix has been dropped and we are left with Harmonica.

2 thoughts on “How did the harmonica get its name?”